Preview: Learn about making yogurt from raw milk with this picture tutorial. The instructions are for making regular yogurt and Greek yogurt.

No cows hang out in my backyard or the back forty. Raw milk is not available commercially in my town, but my son and daughter-in-law are in love with yogurt made with raw milk. They encouraged me to try it.

I may be entering treacherous territory. Recently I’ve had several inquiries about making Greek yogurt with raw milk (unpasteurized milk) on my Homemade Greek Yogurt post, so I decided to try it just so I can say I did.

Please note:  As a home economist, I’m not advocating adding raw milk to your diet. It’s a controversial practice not advised by the USDA. I encourage you to do your own research.

Why do I need to heat the milk?

I have read that some people don’t heat their raw milk to 175 degrees in the beginning either because they want to save time or because they don’t want to kill certain bacteria. After doing side by side experiments, I have concluded that whether raw or pasteurized, milk which has not been heated to 175 degrees results in a rather thin yogurt. (Please see this recent interview with my daughter-in-law for her experience making yogurt without first heating the milk.)

High heat helps to unravel the proteins which aid the yogurt-making bacteria. I don’t like to drink my yogurt, and I’m not comfortable letting unheated raw milk sit at 100 degrees for 12 hours. So, I stick with the method that calls for high heat, then a cool-down, before adding yogurt starter.

As it turns out, making Greek yogurt with raw milk is exactly the same process as pasteurized milk. What follows is a condensed tutorial. If you still have questions, check out my original post on making yogurt for more details.

Add a tablespoon of starter per quart of milk.

Once you prepare your yogurt by heating it, cooling it, and adding a starter, find a place in your house to incubate your yogurt.  See this post for more ideas about how to accomplish incubation.

If you peek too often, you will let some of the heat escape.  If you move or stir the milk mixture, the incubation process will stop and no more thickening will occur.

After 10-12 hours, go to the next step. If you are not available at that time, it is OK to let it incubate up to 24 hours based on my own experience.  In general, the longer you incubate, the tangier the yogurt.

See the pictures below for an example of what your yogurt should look like when it has finished incubating.  We made three batches using different milk in each.  The pasteurized skim milk was the thickest followed by the raw skim milk. The thinnest yogurt was the raw whole milk.

Fifth: How to make Greek yogurt:

You could eat your yogurt at this point– once it has been chilled, but if you prefer Greek yogurt as I do, proceed.

If you chill the yogurt before straining, it’s possible you won’t need to use a cloth to line your strainer if your strainer is fine enough.  After 1-3 hours (your choice, depending on the yogurt itself and how thick you like it),  set the drained whey aside for other purposes and whip the remaining yogurt with a whisk.  Use some muscle behind that whisk, and you will be rewarded with creamy yogurt.

Add flavorings before or after chilling.  Enjoy!

If you run into difficulty, leave your question in the comment section.

Other posts pertaining to making yogurt:

How Much Yogurt Starter Should You Use to Make Yogurt?

Find out how much starter is optimum for making yogurt at home. 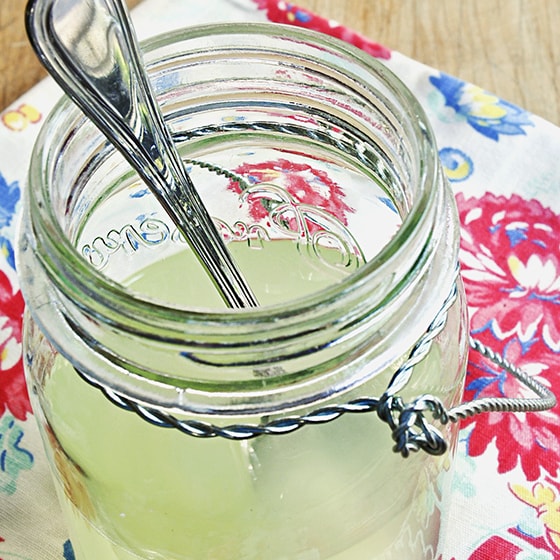 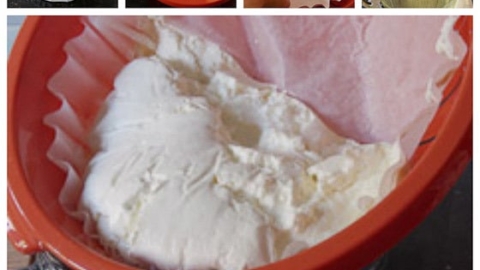 How To Strain Yogurt with Paper Coffee Filters

An alternative way to strain yogurt from cheesecloth 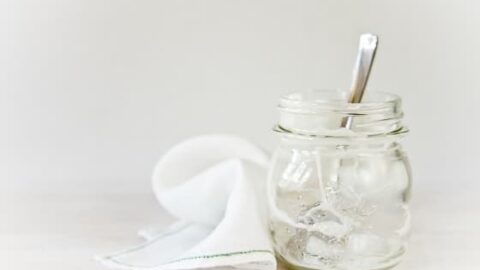 5 Things You Should Not Do When Making Homemade Yogurt

How To Make Healthy Greek Yogurt

A guide to making your own Greek yogurt at home using fat-free, 1%, 2%, or whole milk. 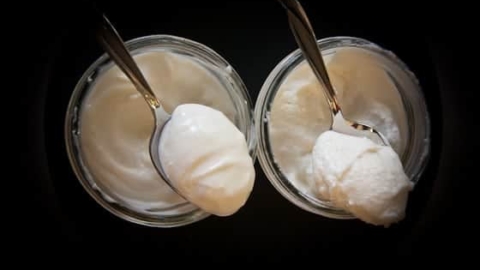 What Happened To Cause My Grainy Yogurt? 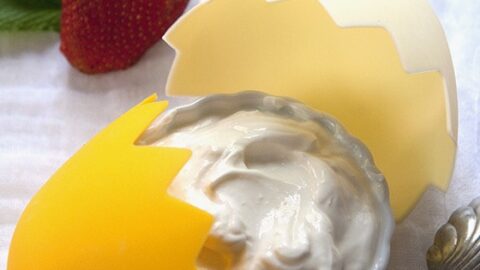 More than 6 Ways You Can Incubate Yogurt

From regular yogurt to Greek yogurt

Nutritionals are only an estimate. Numbers will vary according to how much you strain your yogurt. 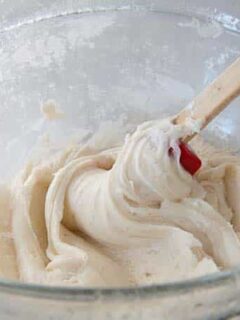 Next
How To Brown Butter in a Microwave and Make Icing with It
Click here to cancel reply.

Assuming raw milk has some good bacteria not normally found in pasteurized milk...

I'd love to make some yogurt using a mixture of any and all raw milk I can find (goat, cow, sheep, camel, etc), but I wonder if the bugs would play nice together? For example would one type of colony crowd out the rest when heated to make the yogurt?

Also, Mad Cow disease is so scary, is there any way to lower the number of potentially bad germs?

I'm not a food scientist so don't feel qualified to answer your question. So sorry. paula

You say that you are"not comfortable letting unheated raw milk sit at 100 degrees for 12 hours" but with raw milk to does not go bad. It just gets more and more sour. Raw milk is a living thing. I know someone who left raw milk out for several weeks to see what would happen. It never went bad.

Thanks for the info! A lot of people say that it is a complete waste to use raw milk if you will be pasteurizing it, but here in California the raw milk we can get comes from 100% grass fed cows, which to me is better milk than the stuff from grain fed cows. I think that the fat in the grass fed milk is of better quality.. Opinions?

My naturopathic doctor has cautioned me to not use the microwave for any food (now I use it to kill bacteria in a sponge). She says it changes the molecular structure of food and kills any nutritional value to it. Basically the food becomes a stomach filler but has no value to it. If you have not heard this before, research it online. Most of the Real Food websites do not recommend them. I started reheating food on the stove or in the oven, and it really does have more flavor to it.

wow. thanks for the how-to! i'm a bit confused though - this seems so simple, so why are there 'yogurt makers'? i was going to buy one on amazon, but it looks like it really isn't needed-?