Preview: Microwave Simple Syrup is a sweet, simple syrup recipe flavored with basil and cinnamon. Pour it over fresh fruit for a remarkable taste experience!

Do you grow fresh herbs? Whether growing them in your kitchen window, pots on your patio, or a full-blown garden, I have an easy way to use some of that basil.

This summer, I experimented with growing cinnamon-basil. Until now, the purpose of cinnamon basil was unknown to me. I had no idea what to do with the aromatic herb, but I may have found it.

This weekend I made shortcakes as part of my Baking with the Tuesdays with Dorie group. Her Tender Shortbread recipe from Baking called for plain, granulated white sugar to sweeten the berries.

Dorie’s recommendation gave me the idea to make a sugar syrup using the microwave. Then, I steeped some of the cinnamon basil in the syrup as it cooled. Although it’s simple, it adds a subtle but exciting flavor note to the berries. No worries if you can’t find cinnamon basil. Sweet basil works, too.

Can I use a different herb for the basil?

Fresh mint is a possibility.

Does it matter what bowl I use for cooking in the microwave?

Be sure to use a microwave-safe bowl to make this syrup in the microwave. Look at the bottom of the bowl to make sure. Sugar syrup gets extremely hot. Never use a plastic container to heat this syrup.

Can I make this recipe on top of the stove?

Heat the syrup on top of the stove until boiling. Then, proceed with the directions in the recipe.

How do I store this, and how long will it keep?

Store in the refrigerator for up to one month.

What else can I do with simple syrup?

Try adding it to ice tea, lemonade, or over the top of fresh fruit, as seen in the picture above.

How is the best way to store fresh basil when I can’t use it all immediately?

The leaves tend to blacken when stored in the fridge. Freezing is an option you can read about here.

Have you ever grown cinnamon basil?

I would love to know what you do with it. Leave me a comment. 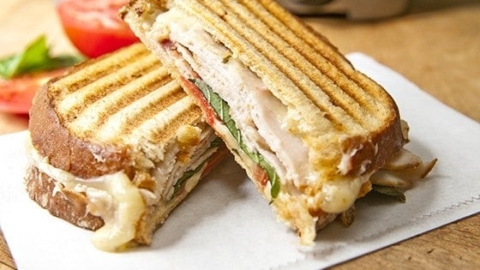 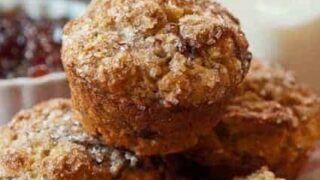 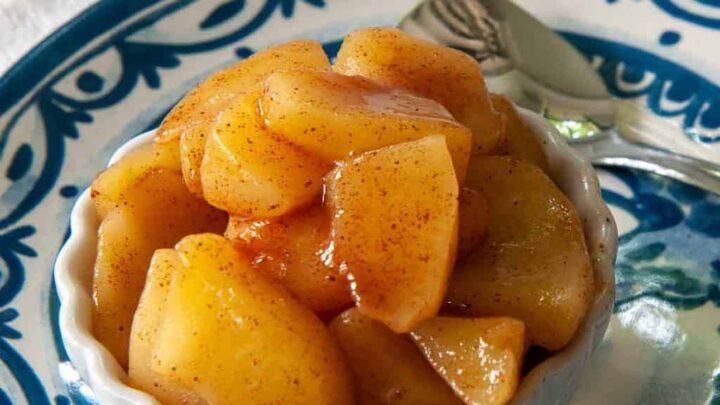 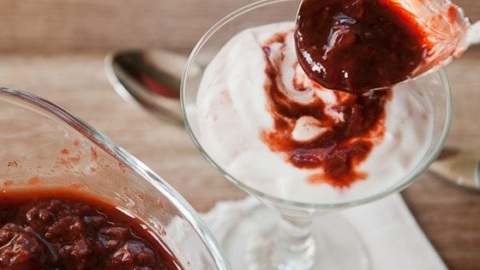 A strawberry-balsamic reduction made quickly and easily in the microwave in 6 minutes.

Did you enjoy this recipe? If so, you can help others and me by leaving a 5-star 🤩 rating in the recipe below. No comment is required.

So I made this last year and it was fabulous!!! =) I just made my first batch of the year while eating a pear. I drizzled a few drops of the simple syrup on my pear and and it was over the top. Now, I am inspired to use this recipe for a pear sorbet or poached pears. =) By the way, this recipe is one of my (home) bar favorites. 1 part vodka, 1 part apple juice, 1 part cranberry juice and a good splash of this simple syrup shaken and served in a martini glass. Oh my!!!

Angelique, When pear season coming on, I can't wait to try this.

Awesome recipe. I am pulling out my cinnamon basil plant tomorrow. I am definitely going to try your recipe. Just curious, do you know the shelf life of this type of simple syrup?

That sounds delicious and the photo of the shortcakes with those berries looks wonderful. I am going to have to get some berries from the local berry farm.

Thanks for stopping by and and leaving your kind words. It's nice to know I am not alone. :)

Nice combination....I have never heard of cinnamon basil. What is the more dominant flavor? IS it hot/spicy?

I would love to try this brushed on a cake ..thanks for the tips!

It is part of the basil/mint family but not as strong as sweet basil. And of course, it has a cinnamon smell/flavor although not terribly intense.