You are here: Home / Homemade Greek Yogurt / What Can I Do with Failed Homemade Yogurt?

Have you just discovered your yogurt project still looks like milk? So now you’re asking, “What Can I Do with Failed Homemade Yogurt?“ DON’T THROW IT OUT JUST YET!

Oh, the disappointment and anguish over wasting money on milk, not to mention your time.

I can’t count how many times I get desperate emails seeking to recover and make good yogurt from the same batch of milk or recycle the non-yogurt-milk into something entirely different.

The answer to these questions can go in several ways. If you know why your yogurt failed, you have a good chance at success if you try again with the same batch.

Was your incubation temperature too high or too low? Was your starter too old or dead? Check out my yogurt trouble-shooting post if you aren’t sure.

But what if you don’t know what you did wrong, and do everything the same way again? As the old saying goes, you can probably expect the same poor results.

Here are some suggestions based on my own experience:

Does the milk smell bad?

If so, throw it out — no need to ask any more questions.

If the milk still smells OK and you aren’t feeding it to anybody who is immunocompromised such as the very young, the very old, or very ill, then proceed to the next step.

Related Post: Five Things You Should Not Do When Making Homemade Yogurt

We are assuming you heated the milk to 175 degrees F the first time around, and then, let it cool back to 100-110 degrees F.

To reheat, I put mine back in the microwave for 2-3 minutes. However, the required may vary according to the size of the batch and your microwave.

If you accidentally overheat the milk and it separates or clabbers, you’ve just made fresh ricotta. KEEP READING.

If you suspect the original starter was the cause of your fail, try a different starter. Make sure the new starter is fresh and contains no additives.

Re-incubate per my original instructions for making yogurt.

Start with the incubation step. No need to reheat the milk to 180˚F.

See the video in this post for instructions for making yogurt from beginning to end if you prefer pictures to words.

Option #2 for failed yogurt that still smells good but looks like milk:

How to make fresh Ricotta Cheese from failed yogurt:

IF you are sure you remembered to add “starter,” you could try this idea I accidentally discovered when I had a “yogurt fail” myself recently.

In step #2 above, I was heating the milk back to 100˚ F in the microwave. But somehow, the milk was warmer than I thought so it was no time at all before the milk started boiling (and popping).

When you heat milk containing yogurt or whey up to 180˚ F or above, it will curdle and separate. Grab a slotted spoon and start dipping out the curds into a cheesecloth-lined colander leaving most of the whey behind.

When the remaining liquid has drained out, season the ricotta cheese with a pinch of salt and refrigerated it. Your reward will be fresh ricotta cheese perfect for lasagna or most any other ricotta recipe. Use immediately or freeze it for the next time you make lasagna soup.

For more information and pictures of the process, see my post on making ricotta cheese.

Why did my yogurt fail?

Did you remember to add the starter?

I’ve had several failures through the years, mostly due to my forgetfulness.

For example, I heated three batches of milk (2 quarts each) last night. As usual, I set them on the counter to cool down to approximately 110˚ F.

Later in the evening, I went to bed without thinking about the milk again until I awoke at 6:00 this morning. As I lay in bed, it hit me that I forgot to add the “” and put the milk into the oven to incubate.

Throwing out all that milk was unthinkable. It didn’t smell bad, so I heated the milk to 100 degrees, added a little more starter, and incubated as usual. Five hours later, I had perfect yogurt.

Was the starter compromised?

Was your starter fresh? The fresher the better. When older than 10 days, your chances for good yogurt decreases in a hurry.

Is it possible you killed the yogurt because your milk was too hot when you added the starter? Use a thermometer if you aren’t sure.

Does your incubation system maintain the correct temperature?

Another scenario I often hear about is forgetting to turn on the heat for your incubation “system.” Again, if the milk still smells OK, reheat milk mixture to 100 degrees F. Turn on your heat source for incubation and give the milk a few more hours to make yogurt.

If your system doesn’t include a built-in thermostat, you might want to double-check it. Is it holding the temperature where it needs to be the entire incubation time?

Is your yogurt too thin?

Perhaps your “fail” could be better described as drinkable yogurt. As long as it smells good, you could try again.

Perhaps it just needs to incubate longer. Keep incubating. Bear in mind that once you stir or jostle the milk-plus-starter, you will have to start over again with new starter.

There are many ways to make yogurt thicker with additives and techniques done before incubation. However, the easiest way to make a batch of completed yogurt thicker is to strain it.

Unfortunately, if your yogurt is very thin, it won’t strain very well. Instead, it will pour right through your lined strainer. I would try again with more starter.

If you don’t want to re-incubate, my recommendation is to use the yogurt-milk as is, even if it’s not what you originally planned. Try it in smoothies, substitute it for buttermilk in baked goods such as these cinnamon biscuits, or make ricotta cheese as described above.

As one of my readers once told me, “The yogurt gods can be fickle.” Whenever you’re dealing with a live organism, the results can be unpredictable.

But don’t be discouraged. The more experience you have, the fewer failures you will experience. 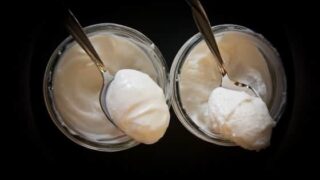 Why Is My Homemade Yogurt Grainy? 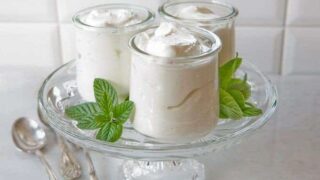 A guide to making your own Greek yogurt at home using fat-free, 1%, 2%, or whole milk. 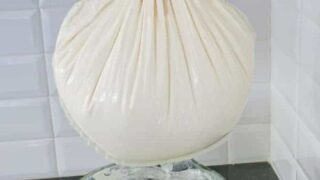 Why and How To Strain Yogurt With a Yogurt Pouch

This is my all-time favorite way to strain yogurt because I can speed up the process just by squeezing the bag. It's an affordable and easy-to-clean alternative to cheesecloth. 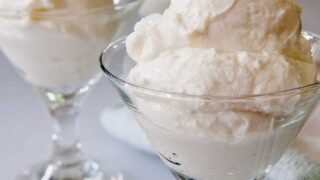 Icelandic Yogurt: What Is It and How Do I Make It?

All of your questions answered about Icelandic yogurt including directions for making it. 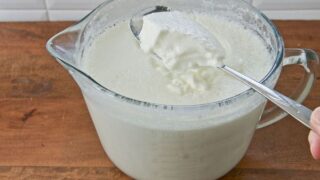 Don't Fear Making Homemade Yogurt (You Can Do It) 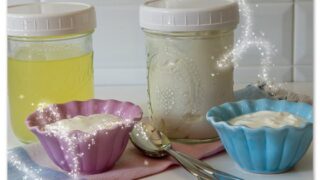 Can I Use Whey Left Over From Straining Yogurt to Make More Yogurt?