Preview: These soft and fluffy Tangzhong Cinnamon Rolls employ the Tangzhong technique and a bread machine to make a sweet roll that stays fresh longer.

Cinnamon rolls are like donuts. They taste best the day they are made. But sometimes, you want or need to make and bake them ahead of time.

Making Cinnamon Rolls with the Tangzhong technique (aka Japanese milk bread) and a bread machine is the answer to your dilemma.

No worries if you don’t have a bread machine. Directions for using a stand mixer or mixing by hand are included in the notes of the recipe.

To be clear. Nothing beats a fresh-out-of-the-oven cinnamon roll. But unless you have ten hungry kids waiting to devour them before the icing sets, these are wonderful for savoring all weekend.

Why oh-so-soft and moist cinnamon rolls are the BEST:

The shelf-life of these homemade Cinnamon Rolls mixed up in your bread machine is longer than most because the dough is mixed together using the Tangzhong technique.

This means they are appropriately ooey-gooey with a lighter, flakier, and more buttery texture.  Counterbalance all that sweetness with the pungent but not overpowering flavor of cinnamon with the tiniest pinch of ground cloves.

What’s different about the method of mixing with the Tangzhong technique?

Begin by making a paste mixture using half of the milk and 3 tablespoons flour.

This variation is called the Tangzhong technique. I use the microwave for cooking the paste because it’s quick. However, you can heat the milk and flour mixture on the stove.

The Tangzhong method enables a higher ratio of liquid to flour.

Starting with the paste mixture made in #1 results in rolls that need less flour. I don’t completely understand the science, but it seems to work.

How to mix up cinnamon rolls with a bread machine:

When the dough cycle is complete, check to make sure dough has risen enough by testing with two fingers as described in pictures above.

Open your bread machine as it mixes, and take a look at the dough. Read more about why here.

At first, the dough will be lumpy with a rough texture. After about 20 minutes of kneading, it should begin to look smoother and more elastic.

Checking on the dough is VERY IMPORTANT to your success with bread in general, but especially with a bread machine. Check out this post for more details.

How to roll out cinnamon rolls:

Nothing new here. This method is the traditional way to roll out cinnamon rolls.

Baker’s tip for rolling out the dough:

Cleaning up the counter after rolling out dough can be such a mess! Consequently, I use a silicone baking mat. The reason is that you can pick it up when you’re finished, shake it out in the trash or the sink, and throw it in the dishwasher. Yep! That easy.

Just one caveat:  If you cut on it as I do, use a light hand so you don’t cut a hole in the mat. I know, I know. The manufacturer of these mats would not endorse this practice. Nevertheless, I’ve been doing it for many years, and the process has not harmed a single mat.

Q and A about making Cinnamon Rolls

Question:  Why use a bread machine?

Answer:  The bread machine is still my tool of choice for mixing up bread dough. In my experience, it’s the easiest and most fool-proof way to get the best product.

No bread machine? See alternate instructions for making these rolls with a stand mixer in the notes of the recipe below.

Question:  Can I substitute regular yeast for the bread machine or instant yeast?

Answer:  Yes. It no longer needs to be dissolved. Use the same amount listed. Be aware that sometimes it can be a little slower in rising. Be patient. It’ll get there.

Question:  Can I mix these up the night before and bake the next morning?

Answer:  Yes. After you make the dough into rolls and have arranged them in the pan, cover and refrigerate. You can also freeze them at this point. Either way, you must allow extra time for the rolls to come to room temperature and rise to almost double before baking them.

Question:  Cinnamon rolls don’t hang around long at my house. Are they worth the trouble?

Answer:  I think so. To me, these cinnamon rolls have a better texture and flavor than most.

However, we all have different tastes, standards, and priorities. If you want something really easy, try my original cinnamon roll recipe.

How To Make Buttery Brioche with a Bread Machine

If you are new to bread machines, this is a must-read. 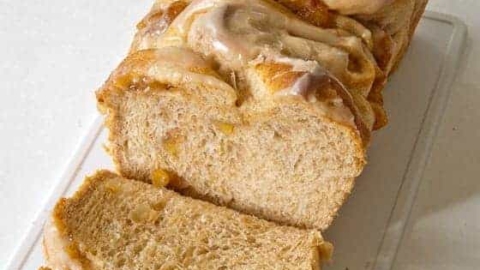 A sweet yeast bread to mix and knead in a bread machine, then baked in a conventional oven 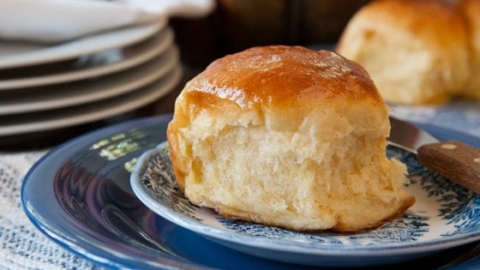 Light and fluffy dinner rolls made with sweet potatoes and baked with a honey-butter glaze. Great slider buns without glaze.

Did you try this recipe and enjoy it? Consider helping other readers (and me) by returning to this post. Leave a rating on the recipe card itself underneath the picture. No comment required.

If you have a question or tip to share, please leave it in the regular comments after the recipe so I can answer back. Or email me: paula at saladinajar.com.

Thank you for visiting!
Paula

Directions for making bread with a stand mixer: 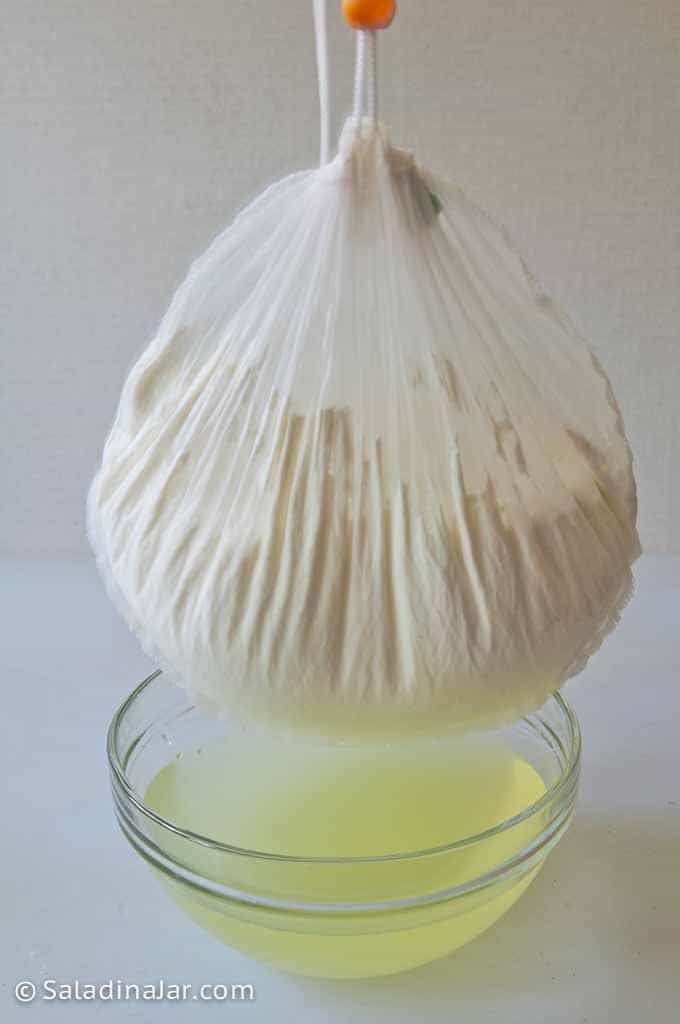 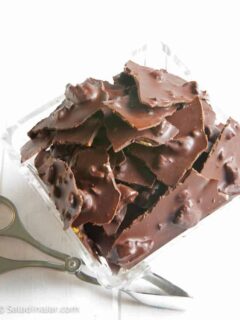 Next
How To Make Spicy Chocolate Bark with Pecans
Click here to cancel reply.

Hi Paula, Nice to chat! I've just started using, the cooking by weight method. You said to use 3 cups or 360gr of AP flour. That comes out to 120gr per cup of flour. But I've been using the 140gr for a cup of flour. That's 20gr difference, which would make it 60gr total. That's a big difference in bread making. Cinnamon rolls are my nemesis. HAH! I can make them, they are good, but not the texture I want. I've learned I'm heavy on the flour, weighing has helped tremendously! If you could clear this up for me, that would help bunches! Thanks, Cheryl

@Paula, Southern Living, The Ultimate Southern Living Cookbook, first printing 1999. This could explain my dough issues. As I said, I'm new to measures. I'm going to have to go back and adjust several recipes, see I can still learn at 60. Hah! I went through your list of supplies. You didn't have a metric measures guide on there, I'd get one! Thank you for your fast response! Have a great week! Cheryl

I usually go by the numbers King Arthur uses. They say AP flour and bread flour weigh 120 gr per cup. I find that this agrees with what the package says more often than not. However, if you know the person who wrote the recipe uses a different number, you should go with what the recipe creator uses. I will say I've never heard of anybody using 140 gr as the standard for one cup of flour. In the end, if you check your dough while it's kneading you can make it just right on the fly. Here's the post about that. The Most Important Tip Ever for How To Use a Bread Machine

This is the third recipe I have tried from your blog since I subscribed on 8/18/20. I bought a bread machine at the beginning of April and really wasn’t a fan. I previously had one that I lost in Hurricane Katrina and never replaced it until this year. I had decided that I didn’t like the bread baked in the new machine and started baking it in my oven, but still wasn’t thrilled with the taste.

Then, I came across your blog, subscribed to your emails and have since become a fan. The brioche is to die for...so delicious, the crusty round bread was a hit and this cinnamon rolls were as well. Can’t wait to try them all. BTW, I wish I would have spent a little more and bought the machine you have. I love the two paddle feature...maybe in the future.

You sure know how to brighten my day. I'm thrilled to hear the recipes were successful for you. Can't wait to hear about more in the future. If you ever run into trouble, don't hesitate to write back.

Let the dough rise until not-quite-double in both cases. If making in a bread machine, just let the dough cycle run. If making in a mixer, set the dough aside to rise. I would allow at least an hour for the first rise and 35-45 minutes for the second rise. But I don't know the temperature in your kitchen, so I can't tell you exactly. I hope the rolls work out for you. Let me know if you have more questions about the instructions.

Hi Paula..Making cinnamon rolls today :-) I tried KA recipe yesterday and it didnt work out. I am thinking maybe my yeasts werent good so I am trying your recipe today and new yeasts. I have a question about this dough...when it is kneaded in a bread machine...should it stick to the bottom little bit or just form a smooth not sticky ball? Mine is smooth and doesnt stick to the bottom. It was like that yesterday too and I am thinking maybe too much flour and not enough water? Or it should be like that? Yesterday rolls raised very little. Thank you Paula!

Hi Elina, Sounds like your dough ball was about perfect. If it didn't rise, it was either too cold in the room where you put it to rise, your yeast was old or got killed by other ingredients that were too hot, or you didn't give the dough enough time to proof. Not enough water affects the texture and moisture of the rolls more than the rise. I hope this helps. Wish I could come to your house and smell those cinnamon rolls baking, and then, help you eat them. ?Write me back if you have any problems. p.s. Are you using instant yeast or bread machine yeast?

These rolls taste amazing, very addictive. I made them Monday evening, last one consumed on Thursday morning. (I shared wih family, don’t judge me) They still tasted fresh and homemade. I will definitely make them again.